More from the Weight Bench

Step one shows where Josh starts from. 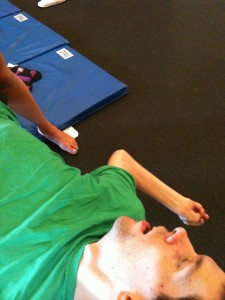 Step two shows him bringing his right arm up to waist level. He does this without help but his arm turns out away from his body. Abbey puts her hand on his wrist so Josh knows where his arm is. For some reason, he has trouble knowing where his hand is unless he can visually see it. We’re finding out that touch also helps him. 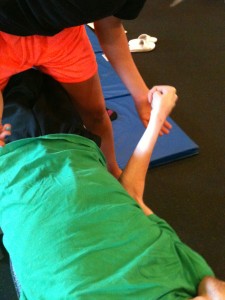 Abbey starts to talk him through the movement of turning his arm inward and going toward midline. 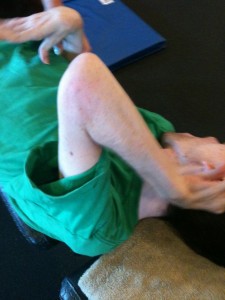 His left arm comes up easier for him. I think he has more control on the left side. He begins to bring it toward the right hand.

And they touch. This seems like such a simple move to an able-bodied person but for Josh this is a major accomplishment. 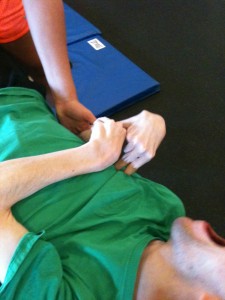 Before we leave the weight bench, I want to show how the biceps are developing. Check out that arm. I wish I had an arm that looked that good. 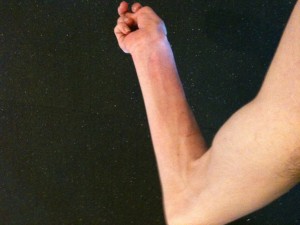 His goals for the upcoming weeks is to be able to bring his arms up faster and with greater accuracy. I’m tickled pink at how far he’s come in less than a month using the weight bench.

6 Responses to More from the Weight Bench